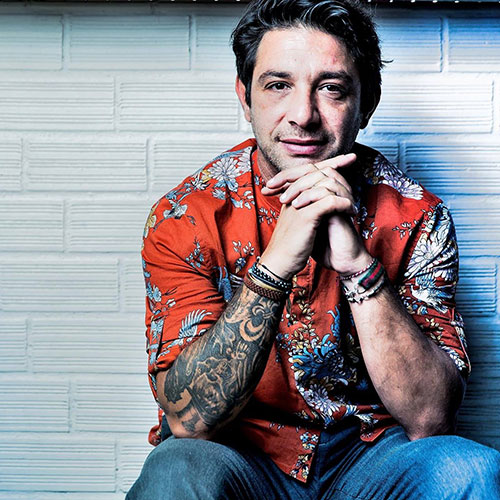 Xavier Misailidis was born in October of 1978. He studied in the National School of Arts in Athens and finished his studies in 2004 at Middlesex University of Arts in London, UK.

In July of 2012, Xavier opened the “Holy Spirit” cocktail bar in the southern suburbs of Athens, in the Athenian Riviera. The venue was an instant success, a pure street bar offering great cocktails in fancy glasses and mainstream grooves. “Holy Spirit” is one of the most photographed venues in Athens featuring sky trains, bicycles and a real Mini Cooper mounted on the walls of the bar.